Political Risk and Why We Don’t Invest in China: An Addendum to Our White Paper

In 2019 we published a white paper entitled "How to Think About Political/Social Risk in Equity Investing." The paper was the result of several years spent underwriting political risk for a Lloyds of London insurance syndicate. This represents an extension of that white paper, a supplement that embodies further thinking on our part as to how to understand and diagnose political risk problems confronted by equity investors. The motivation for an addendum arises from a long-term study of China, designed to, in theory, bring China within the Massif Capital circle of competence so that we can invest in the country. We remain far from that point.

We encourage readers to start with the white paper but below we provide a summary for convenience.

We recognize that there are many situations in which due diligence on a management team falls short (lack of working history, lack of access to the team, etc.). This has prompted us to seek a route towards extending the framework by turning the question around and asking it from a different angle.

Rather than asking: Can this management team handle the political risk issues they will face operating in Country X?

We ask: Is the political system of Country X one that a management team could work in?

Admittedly, we lose the company-specific signal, but sometimes it is more productive. 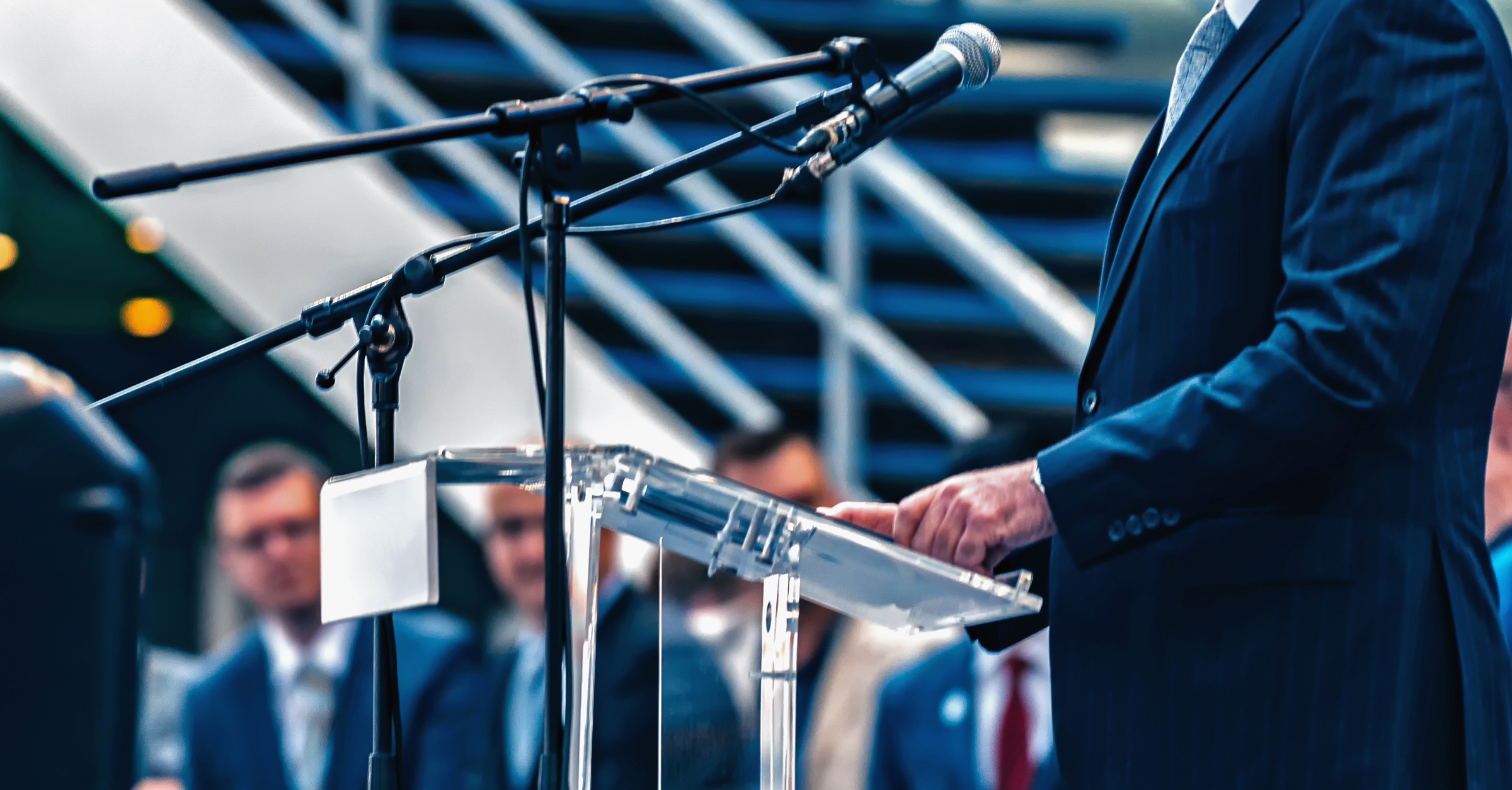 Focus on Who Holds Power

Political leaders need to hold office to accomplish their goals. To hold office, they need to retain power. To maintain power, they need the support of various groups of constituents that can keep them in power. This applies to all political systems, whether it be autocrats who might need military support or elected officials that need various political parties and advocacy groups to support them. If a political leader loses the support of a sufficient number of the constituents that keep them in power, they can be replaced.

To maintain the support of constituents, political leaders get to make three high-level decisions:

Business entities are designed to pursue outcomes. We as investors buy shares in hopes that management teams achieve those outcomes. The political impact on that process is not delivered from on high based on immutable country factors, but instead on the management's ability to maneuver the political landscape to achieve the desired outcome.

Much of the ability of a management team to handle relevant political risk is determined by their ability to understand the constituent landscape and thus the constraints placed on the decision-making of political leaders as it relates to the three decisions they get to make.

Complex constituent landscapes, such as Europe or the United States, are challenging but in the end, manageable, although the complexity often hides landminds (think political risks for social media companies). Simple constituent landscapes are also acceptable, albeit fewer constituents can create increased policy volatility. The winds of political favor change more quickly, with political power concentrated in the hands of fewer, more easily swayed individuals.

The more opaque the landscape, the more challenging the management of political risk will be as it is more difficult to determine the relative and absolute centers of power and the incentives and constraints on political decision-making. 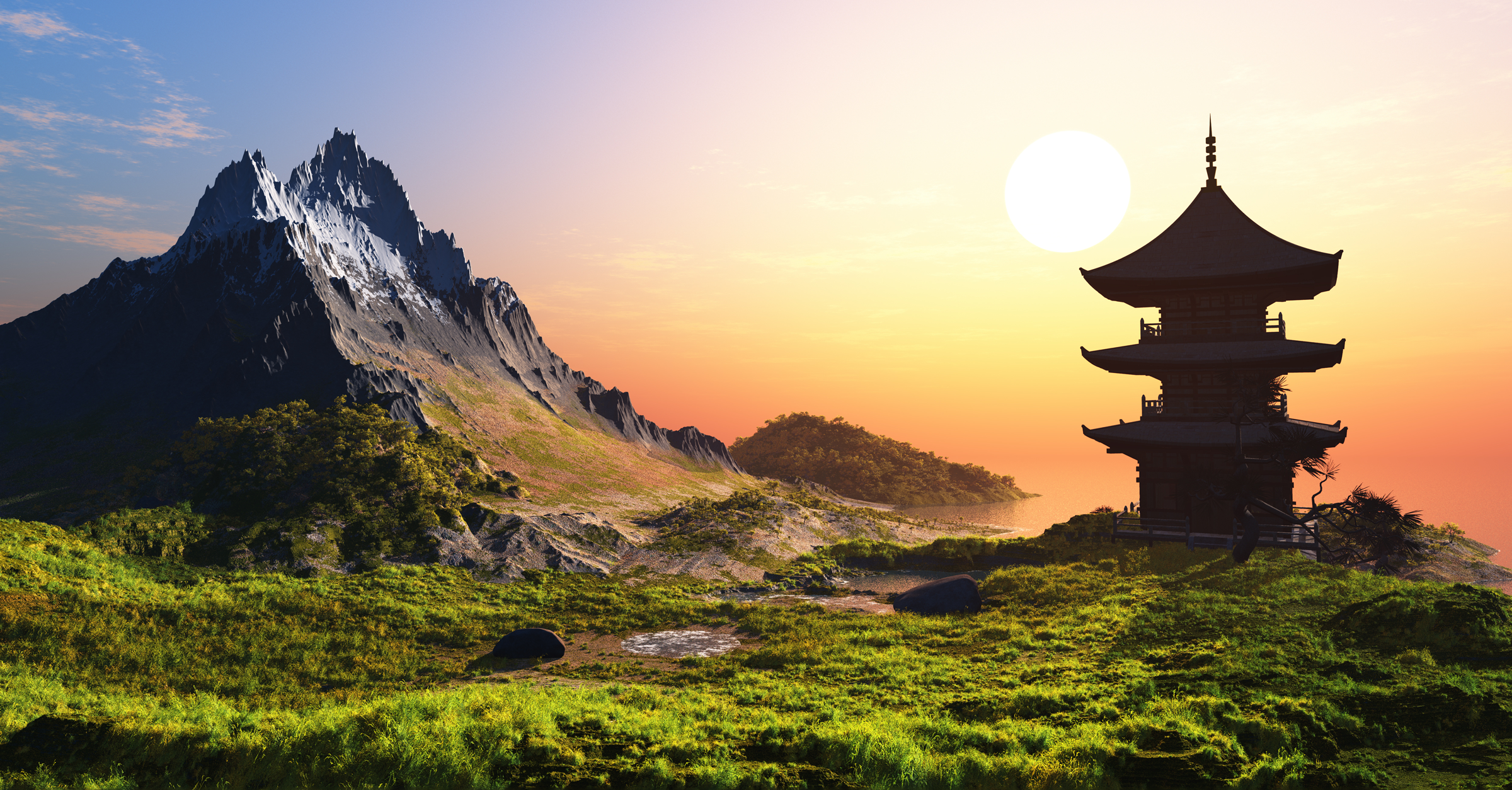 This brings us to China. Massif Capital does not invest in China despite the numerous opportunities that exist within our real asset ecosystem universe. We do not invest in China because, as far as we can tell, the political system is set up to be opaque to all people outside the Chinese Communist Party (CCP).

The government itself is relatively transparent with a constitution and various institutions, but in some regards can be said to have only one constituent, a constituent it always follows the lead of, the CCP. Few organizations globally are as powerful and opaque as the CCP. As such, the ability of any outside investor or management to decipher the constraints and incentives of the CCP is limited.

Take, for example, the case of Alibaba. By all accounts, Alibaba is a strong internet retailing business but opaque CCP decisions related to how the CCP wanted the financial sector, and specifically the consumer-facing financial industry organized in 2020, doomed the stock, which has now delivered long-term investors a -0.05% return since its initial public offering (IPO) in the U.S. in 2014.

Alibaba co-founder Jack Ma, ranked among the world's 30 wealthiest people in 2021, has only been seen a few times since his October 2020 run in the CCP. Where is he? What is he doing? The CCP knows, but Massif Capital does not, and unless you or the management team of a company you are invested in has a strong relationship with senior members of the CCP, neither do you. How were decisions made to, in this case, halt the IPO of Alibaba's Ant Group? How policy is made in China is unclear. It is likely that a decision with the global ramifications of the Ant group IPO was made at a very senior level. Despite all the influential non-CCP organizations involved in that IPO, by all accounts, everyone involved was blindsided by the decision.

Again, it warrants noting that the decision itself is not a problem for investors. It's the surprising nature of the decision. Based on events, this outcome likely did not appear to be on anyone's radar. If it was not on anyone's radar, management was not prepared to address it when it happened. More importantly, few, if any, equity investors probably could have asked and answered the question: whose political goals do the economic goals of this company come into conflict with, and can the management team address that conflict in a way that can be resolved without damaging the investment potential of this opportunity? In the presence of a potential catastrophic political risk event, betting on Ant may still have made sense. However, unless you could ask the right questions, you were running risks you were unaware of.

At the senior or central level of the Chinese government, "leading small groups" make most of the decisions. These groups bring together leaders of the CCP and government bureaucracies with interest in particular issues. There are more than two dozen of these groups at this time that the public is aware of, but there could be more. These groups are not well publicized, and generally, the membership is considered a state secret. Who was on the central government "small group" that made the decision regards Ant? We don’t know. What small group was it? We don’t know. Even in China, these groups are often a mystery.

Keep in mind it is not arbitrariness in the political domain that dooms a management team's ability to operate successfully and thus investors to invest successfully. Plenty of political systems of all flavors deliver seemingly arbitrary outcomes. It is the opaqueness of process, constraints, and incentives that is the problem. Not all constituent efforts at political persuasion will be successful, and not all policies pursued will be achieved. However, to achieve an outcome, a plan must be formulated. At a minimum, political risk management requires sufficient transparency into the political decision-making process so that a plan can be constructed. The emphasis here is on transparency of the decision-making process, not transparency in the decision. One is necessary; the other is not. In the case of China, we feel both are missing.

From our perspective, this means that investing in individual companies in China is very difficult. It does not mean it is impossible, but we feel it requires almost direct insight from CCP members.

If we were looking at a company in China or a company from outside China but whose business was principally located in China, we would want to be able to answer the following questions:

If our thesis that government involvement in economics will increase in the coming decade and, specifically, industrial policy will become an increasingly significant variable for investors to understand, political risk assessment of this nature will grow in importance. Most investors are wholly unfamiliar with the rich literature relevant to the topic and the rigorous analysis possible regarding political risk. With that in mind, we provide below what we consider to be a reading list that will equip investors with some of the essential concepts and tools that will facilitate the initial development of the analytical tools necessary to tackle political risk analysis.

Our discussion above utilized China as an example of what we look to avoid in political systems, precisely because it makes addressing political risk challenging for management teams. We believe that the study of China is a worthwhile pursuit regardless of whether you invest in China. The country is sufficiently sized, ambitious, and integrated into the global economic system to impact it in ways not dissimilar to the United States. Our study of the country, its political system, and its history lead us to believe that most investors understand the country in an insufficiently nuanced way. The reading outlined below will go a long way toward addressing that issue.

The CCP and China's Leadership

For further thinking on our approach to understanding and diagnosing political risk problems, read our white paper "How to Think About Political/Social Risk in Equity Investing." 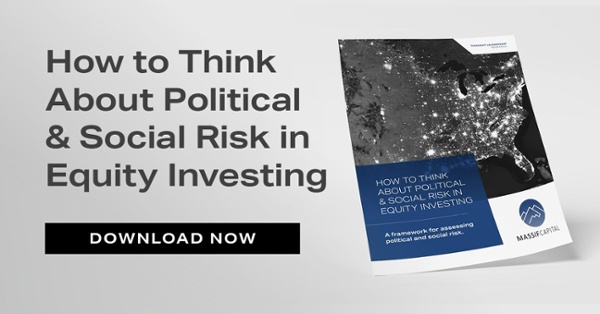 The Long & Short of It: The Role of Shorts in a Real Assets Portfolio